We are happy to announce that the first 223.953 multimedia objects have been delivered to Europeana via OpenUp!. 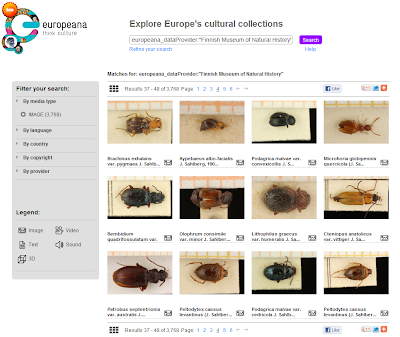 Via Europeana the digital collections of European museums, libraries and archives are now easily accessible for everybody.  A project OpenUp! which would provide this multimedia content with specific biological and multilingual functionality to a wide European cultural audience through Europeana was proposed. The inclusion of culturally-significant multimedia content from European natural history collections (i.e., more than 1 million pictures, artwork, movies, and audio files) will enhance the scientific dimension of Europeana by adding substantial information about the natural world complementing the digital biodiversity literature, and in addition to the existing material primarily from the arts and humanities.

A consortium leading by Freie Universitaet Berlin was established to work together on the proposed aims under the EU project OpenUp!. The members of consortium are 23 scientific institutions from 12 different European countries. 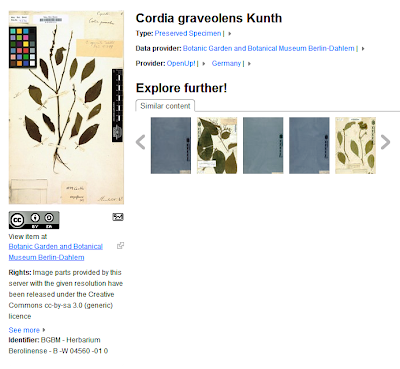 The result of this project and the procedures set in place to make natural history data accessible can serve as proof of concept of the networking and distributed access mechanisms used for Europeana content provision. This experience can be extended to other content provider communities with a similar high degree of distribution.